Home / About Us / Staff & Board / VADP Board of Directors / Jerry Givens 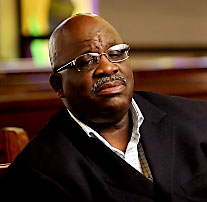 Jerry Givens worked for the Virginia Department of Corrections for 25 years.  From 1982 until 1999 he also served as the chief executioner for the Commonwealth during which time 62 executions took place.  Since his time with the DOC, Jerry has become an outspoken advocate for abolition of the death penalty and is currently writing a book about his experiences, “Another Day is My Promise”.  He is an active member of Cedar Street Church in Richmond and is a truck driver at LS Lee Inc.

He served on the board of Virginians for Alternatives to the Death Penalty(VADP) from 2009 until 2015.