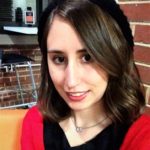 My father, the late Corporal Eric Sutphin, was killed by William Morva during a manhunt in Blacksburg in 2006. When Morva’s execution date was announced, I was alarmed. I wrote numerous letters to the Governor and Congressmen and women in hopes of Morva being granted clemency. However, Morva was executed July 2017. Now, I have two people to mourn.

I mourn my father and Morva because I believe in the sanctity of all human life, regardless of criminal record. My faith teaches that we are required to pursue all lawful endeavors to preserve one’s own life and the lives of others. Therefore, I chose to share my story, as a victim’s family member, to show my support of the work of VADP.

I long for the day when the government stops killing its own people in the name of justice. True justice does not deny human rights. True justice takes all lawful measures to preserve life.

May justice come and bring healing to the families of the victims and perpetrators alike. 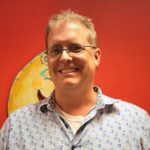 I remember vividly, as my wife and were driving to Richmond from Reston early in the morning that my brother Jamie was shot. In our soul-searching conversations, we had tried to come up with a rationale to justify the death penalty. We couldn’t do it.

I also remember standing in the hospital when the police called to say that the two men (one man and one boy, actually) had been apprehended and needed to know if they should be charged with murder or attempted murder.

I had visions of standing outside a prison holding signs decrying the execution of my brother’s killer. My wife and I had already talked out all the reasons why the death penalty doesn’t work, how it’s unfair, and it doesn’t deter crime. But what truly sealed it for me was this:

Jamie was one of the most caring, friendly, outgoing, I’m-always-gonna-have-your-back person I’ve ever known. He was making the world a better place with life and I did not want some being killed in his name. It would have been an insult to his memory.

I do remember feeling a sense of calm knowing that when the situation was no longer academic, that our convictions were steadfast then and now, twenty-one years later.

That’s why I’m happy to stand with VADP. 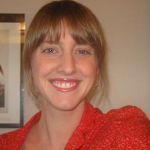 In 2001 I lost my Dad and step-mom to a brutal murder.  When I went to the trials I continually heard how the death penalty was being sought to bring justice to the victims’ family, when in reality, my sister and I had specifically asked the prosecuting attorney to work towards life imprisonment.

To think that a person could be killed for my justice doesn’t align with my belief system and is a burden I carry.  The thought that another family would have to grieve this death for my justice is haunting.  The death penalty won’t honor my dad and step-mom, or bring any sort of healing.

Nobody wants to live in a violent community and those of us for and against the death penalty alike are against murders and innocent people being tried and charged for crimes they didn’t commit.  I believe that we, as a culture and a country, are smarter than the system we have in place.  I donate to VADP because they’re working hard to create a different sort of system- one that I believe would bring me more healing and peace. 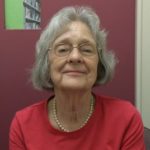 I continue to believe the death penalty is a violation of our human rights and poses the danger of killing an innocent person. As the mother of a murder victim, I oppose the taking of a human life as a punishment for the loss of my daughter, murdered in Fredericksburg, Virginia, on November 4, 1994.

My donation is in the mail.

When my sister, Christy Anne Nixon, 26, was murdered by Richmond City gang members on October 17, 2005, my initial response was anger.

I did not want to believe that someone could have killed her. She was charismatic — an artist, a waitress, and above all, a mother. No – she couldn’t have been murdered!

As the facts began to emerge, my anger subsided. Christy practiced a life of compassion and empathy toward her fellow human beings. And although I was against capital punishment prior to her death, I realized just how against it I really was.

Even though capital charges were never filed against those involved, I feared that they might have been. I began to investigate the capital process and the facts. I found within myself not a single situation where I thought it would be okay to take another human life.

I know how it feels to lose a loved one. I know it can be hard. But acceptance, forgiveness and compassion feel much better than hatred and vengeful thoughts.

As Christy led a life of compassion, so do I. And although forgiving her killers was hard to do, I have forgiven them with all my heart. If needed be, I would have fought to save her killers’ lives. I will always miss my sister, but she wouldn’t have wanted me to live a life of hate.

Read an excerpt from former VADP Board Member Dr. Scott Vollum’s book: Last Words and the Death Penalty: Voices of the Condemned and Their Co-Victims.  Buy it from Amazon.com here.

Journey of Hope…from Violence to Healing is an organization led by murder victim family members joined by death row family members, family members of the executed, the exonerated, and others with stories to tell, that conducts public education speaking tours and addresses alternatives to the death penalty.

Murder Victims’ Families for Reconciliation is a community led by family members of murder victims and the executed that advocates for the repeal of the death penalty.