The Future of VADP 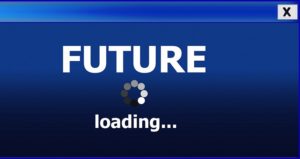 Thirty years ago the founders of what came to be known as Virginians for Alternatives to the Death Penalty took the first steps toward ending state-sponsored killing.  Now, our journey is almost over, thanks to you and many others who supported us over these decades.

Now we face a new question: What is VADP’s role in a Virginia that no longer has capital punishment?

Our board of directors has considered several possibilities, including dissolving the organization or shifting its mission to a new criminal justice goal.  In the end, the board elected to keep VADP alive through at least the end of 2021 to carry out two objectives.

First, we must remain vigilant to ensure that our historic victory is not overturned in the 2022 Virginia legislative session.  In November voters will select a new Governor and elect all 100 members of the House of Delegates.  It is possible that we could have a pro-death penalty Governor and Speaker of the House in January.

We’ve learned from hard experience in other states that overturning the death penalty is most at risk in the first few years after a victory.  In crossing the goal line there is no longer the energy for repeal.  On  the other side, death penalty proponents are still motivated to carry on the fight for executions.

Second, we believe that it is very important for VADP to tell our abolition story,  so that other states can see how we worked to reach this milestone.  Virginia carried out the first documented execution in North America and executed 1,390 people over 413 years – more than any other state.  Virginia has become the 23rd state to abolish the death penalty and the first from the old Confederacy to do so.

Writing a book about the Virginia Abolition Victory is the best way to tell our story.  It could become a playbook for ending the death penalty in other Southern states.

Our goal is to submit a manuscript to a publisher by December.  That timeline would mean that the book would be published and ready for sale early in March of 2022.

Our costs will be substantially reduced starting in September.  I will transition into a part-time role as VADP Administrator and Dale will become Executive Director.

Help us defend our abolition victory and tell our story to the world.

And those who contribute $250 or more will receive a copy of our abolition book once it is published in 2022 with a personal note from the author.

Please be as generous as you can today. 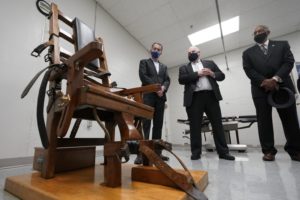 The commonwealth was once the epicenter of executions. Now the first former Confederate state has abandoned the practice. How a small group of activists helped turn the tide against capital punishment. 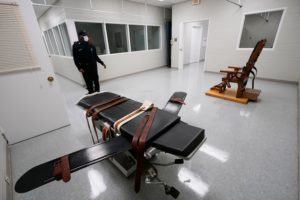 As the united South goes, so goes the nation.” These words by W.E.B. Du Bois explain the South’s strong influence on human rights issues in the United States. The South has often failed to pioneer change. Too frequently, its history of racial oppression and lynching has gone untold and unaddressed.