Home / About Us / Staff & Board / VADP Staff / Michael Stone 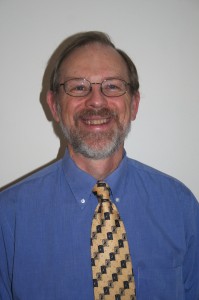 Michael Stone is the Executive Director of Virginians for Alternatives to the Death Penalty.  Prior to this position, he worked as a Field Organizer for the National Coalition to Abolish the Death Penalty.  In that role, he worked with abolition organizations in Virginia, Missouri, South Dakota, and Pennsylvania

Michael has spoken about capital punishment to faith communities and other organizations across the Commonwealth.  He has also identified opponents to the death penalty among “unlikely allies” – including political conservatives and violent crime victims.

Michael also worked for 25 years in social ministry for Office of Justice & Peace for the Catholic Diocese of Richmond from 1984 to 2009.

Michael earned Bachelor of Science degrees in Economics and Urban Planning from the Massachusetts Institute of Technology and an M.A. degree in Pastoral Ministry from Boston College.

He is a former board member of the Virginia Catholic Conference and the Virginia Interfaith Center for Public Policy.  He currently serves on the board of directors for the Richmond Peace Education Center.

He has been married for 27 years to Ruth Anne Young, and is the father of two young men who are 21 and 19 years of age.  He is a long-time member of the Men’s Choir at the Cathedral of the Sacred Heart, taught Christian Formation classes to high school students, and served as the Treasurer for his son’s Boy Scout Troop.