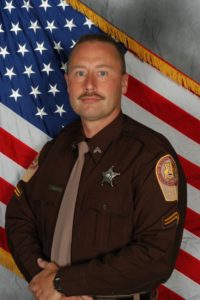 The daughter of one of two men slain by William C. Morva is asking Gov. Terry McAuliffe to spare his life.

In an email to members of the media on Wednesday, Rachel Sutphin, daughter of Eric Sutphin, wrote: “I am against the death penalty for religious and moral reasons.I have fought and will continue to fight for clemency for all death row inmates until Virginia declares the death penalty unconstitutional. Read More >>