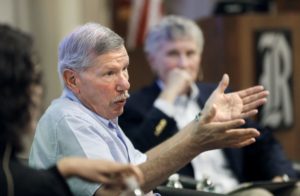 December 21, 2019
In the early hours of Sept. 14, 1982, a man broke into a home in Newport News and beat 30-year-old Jesse Perron to death with a crowbar. Then, over several hours, the attacker sexually assaulted Perron’s 22-year-old wife, Teresa, leaving bite marks during the assault. Before the attacker fled, he took $14 from Teresa’s purse. Evidence pointed toward a sailor who served on the U.S.S. Carl Vinson that was harbored nearby. At the time, I was one of 1,300 crew members on that ship…Read More >>