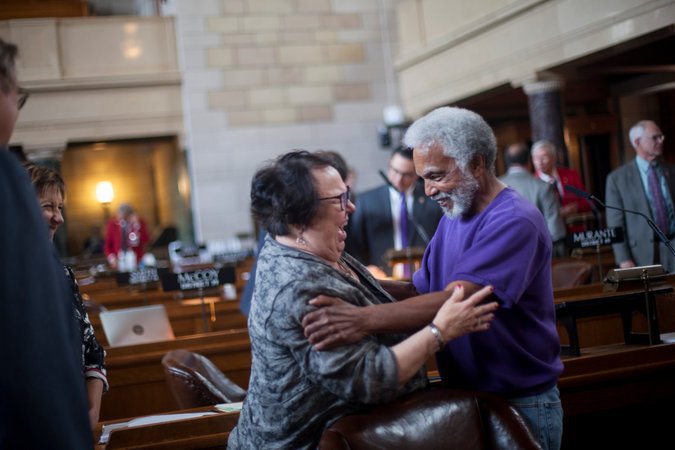 Senators Kathy Campbell and Ernie Chambers after voting to repeal the death penalty on Wednesday. Credit Andrew Dickinson for The New York Times

LINCOLN, Neb. — Nebraska on Wednesday became the first conservative state in more than 40 years to abolish the death penalty, with lawmakers defying their Republican governor, Pete Ricketts, a staunch supporter of capital punishment who had lobbied vigorously against banning it.

After more than two hours of emotional speeches at the Capitol here, the Legislature, by a 30-to-19 vote that cut across party lines, overrode the governor’s veto of a bill repealing the state’s death penalty law. After the repeal measure passed, by just enough votes to overcome the veto, dozens of spectators in the balcony burst into celebration.