NYTimes – When Innocence Is Not Enough

EDWARD LEE ELMORE turned 53 in January. For more than half his life, the soft-spoken African-American who doesn’t understand the concept of north, south, east and west, or of summer, fall, winter and spring, was in a South Carolina prison, most of it on death row. 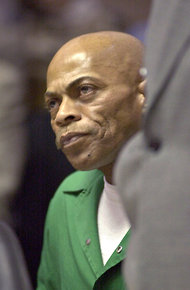 Edward Lee Elmore was in prison for 30 years, convicted of a crime that the evidence strongly suggests he did not commit.

On Friday, Mr. Elmore walked out of the courthouse in Greenwood, S.C., a free man, as part of an agreement with the state whereby he denied any involvement in the crime but pleaded guilty in exchange for his freedom. This was his 11,000th day in jail.