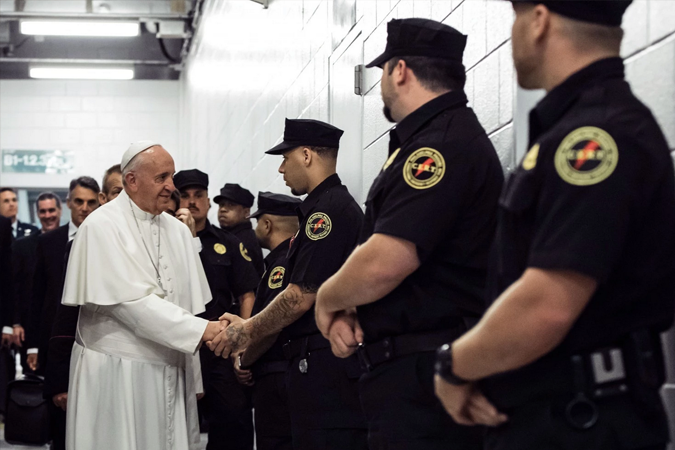 Pope Francis greets corrections officers at the Curran-Fromhold Correctional Facility in Philadelphia, during his visit there Sunday. (Todd Heisler/AP)

Prieto, 49, could be put to death as early as Thursday night, pending the outcome of a court hearing.

“The U.S. Apostolic Nuncio wrote a letter on behalf of the Holy Father to Governor McAuliffe, asking that Mr. Prieto not be executed,” said Jeff Caruso, executive director of the Virginia Catholic Conference.