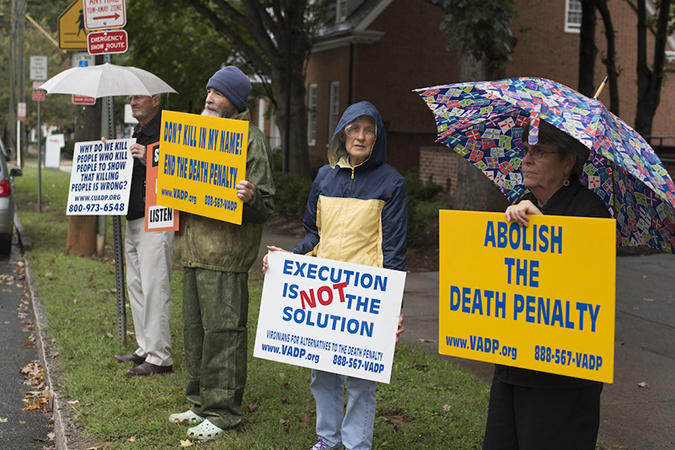 People protested the execution of Alfredo Prieto, which was put on temporary hold. Protest organizer Virginia Rovnyak said if the execution is rescheduled, they will be back to protest again.

Protesters gathered outside of the Charlottesville City Courthouse to demonstrate against the execution of convicted serial killer Alfredo Prieto.

The execution was scheduled for 9 p.m. Thursday but was put on temporary hold.

Virginia Rovnyak, senior scientist and statistician for the University School of Nursing, organized the event, providing posters and advertising for the protest with the help of Virginians for Alternatives to the Death Penalty.