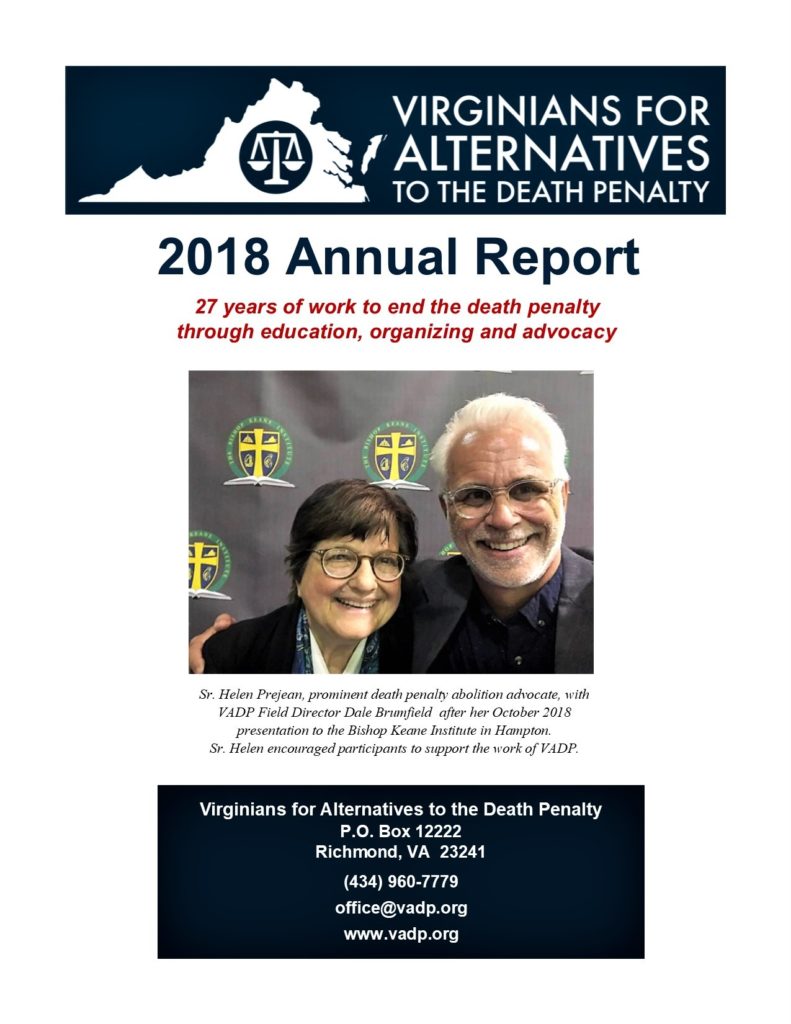 Virginia’s death row shrank to two prisoners facing execution and no new death sentence issued in more than seven years, as Virginians for Alternatives to the Death Penalty completed its 27th year seeking an end to capital punishment.

In its 2018 annual report, VADP Executive Director Michael Stone said, “While our long term goal is to become the first southern state to abolish the death penalty, we are working hard to reduce the number of individuals eligible for execution. To that end we are focusing near-term work on pushing for the Commonwealth to pass legislation which will prohibit the execution of individuals with severe mental illness.”

In November 2018, the U.S. Fourth Circuit Court of Appeals overturned the most recent Virginia death sentence. The death sentences of both men still on death row could be overturned.

Virginians for Alternatives to the Death Penalty (originally Virginians Against State Killing) was formed in l991 when 22 individuals opposed to capital punishment met to work toward ending executions in the state. VADP is classified as a 501(c)(3) nonprofit organization.

The 2018 VADP annual report can be seen online here: https://www.vadp.org/wp-content/uploads/2019/02/2018-Annual-Report-Six-Page-Version-FINAL.pdf